Here’s my LA Weekly photos from the #DecolonizeCityHall

I was at the Police Commission in Los Angeles on July 12th just before the action dubbed “Decolonize LA City Hall” began on Tuesday, July 12. I’ve been shooting the Police Commission for years. It’s poltical theatre of the absurd, complete with a recurring cast of sometimes well informed personalities that includes a very articulate guy dressed like Batman. Basically, the commission has to sit there and pretend to listen to the citizenry. Mostly they’re texting and emailing untill someone demands they look at them, and bleak as it may be, it’s the only public forum that people have to confront cops. It’s a closed system where the public has no power, but it’s still a good place to make a point publically. Black Lives Matter – has basically owned the commission for months, showing up in numbers and taking it to LAPD Chief Charley Beck, demanding that the Mayor, Eick Garcetti, fire the chief. Tricky for Garcetti whose political future is not sustaniable without black people voting for him.

Towards the end of the meeting on July 12th,  the Commission announced that they’d deemed the 2015 police killing of woman named Redel Jones was deemed in policy. Jones, a 5-foot tall, 30 year-old, black mother of 2 young children was reportedly armed with a butter knife. 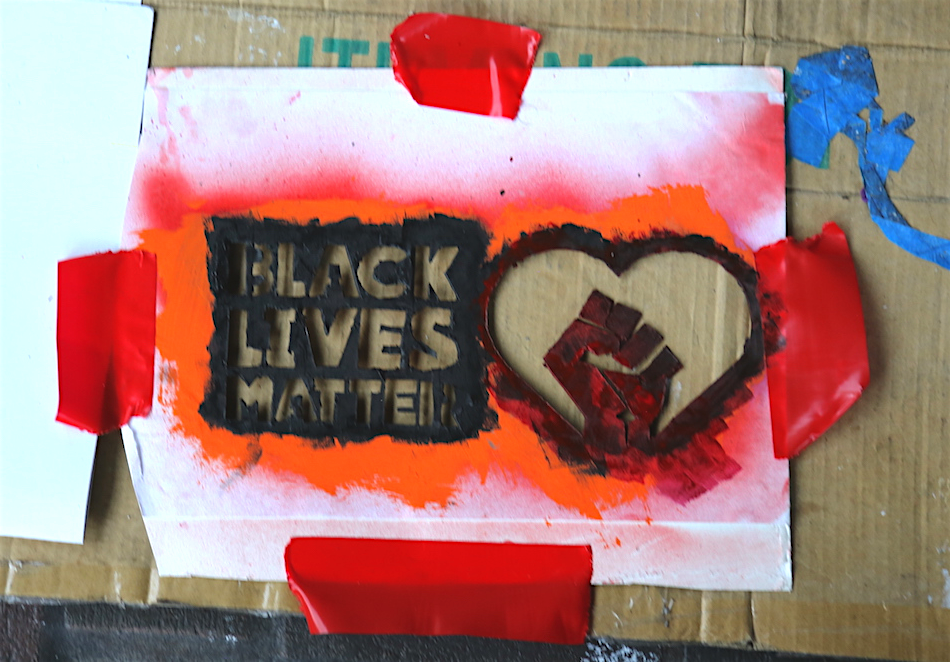 Redel Jones was the spark that lit the flame. Shortly after the meeting tents went up at City Hall a block away from LAPD headquarters, a stone’s thrown from skid row, just down the street and around the corner from County Jail. 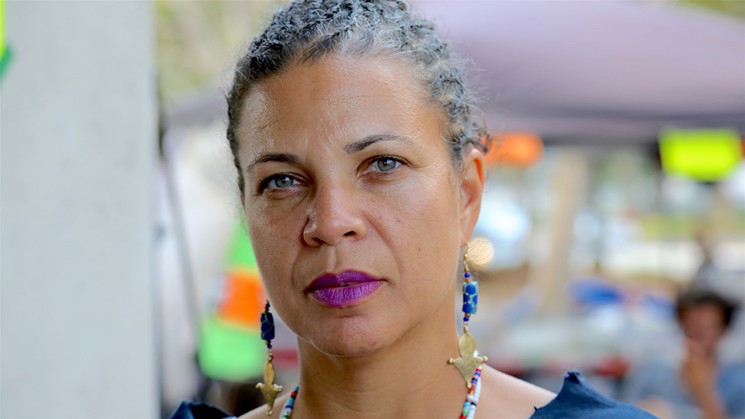 Here’s my LA Weekly photos from the #DecolonizeCityHall 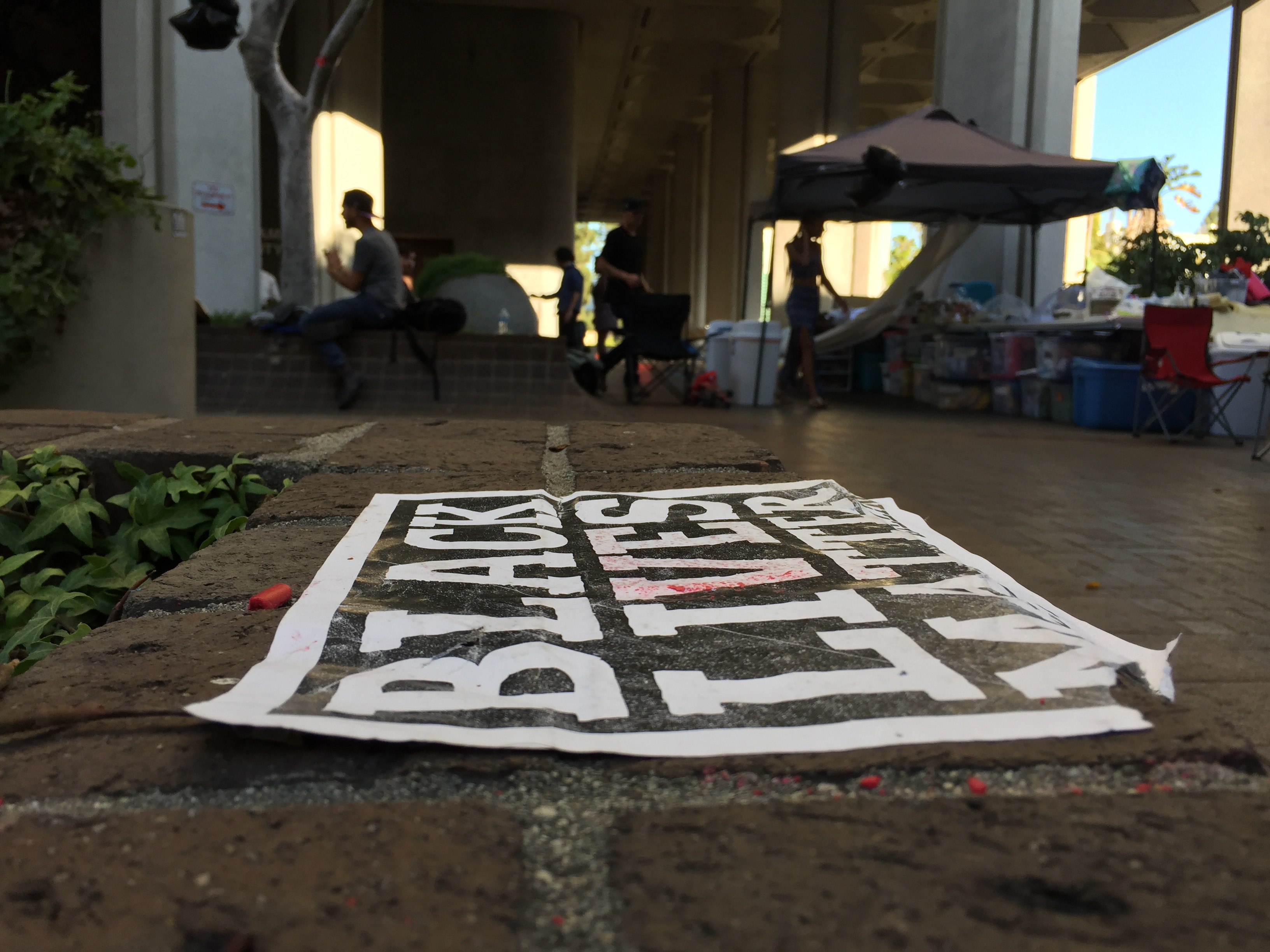 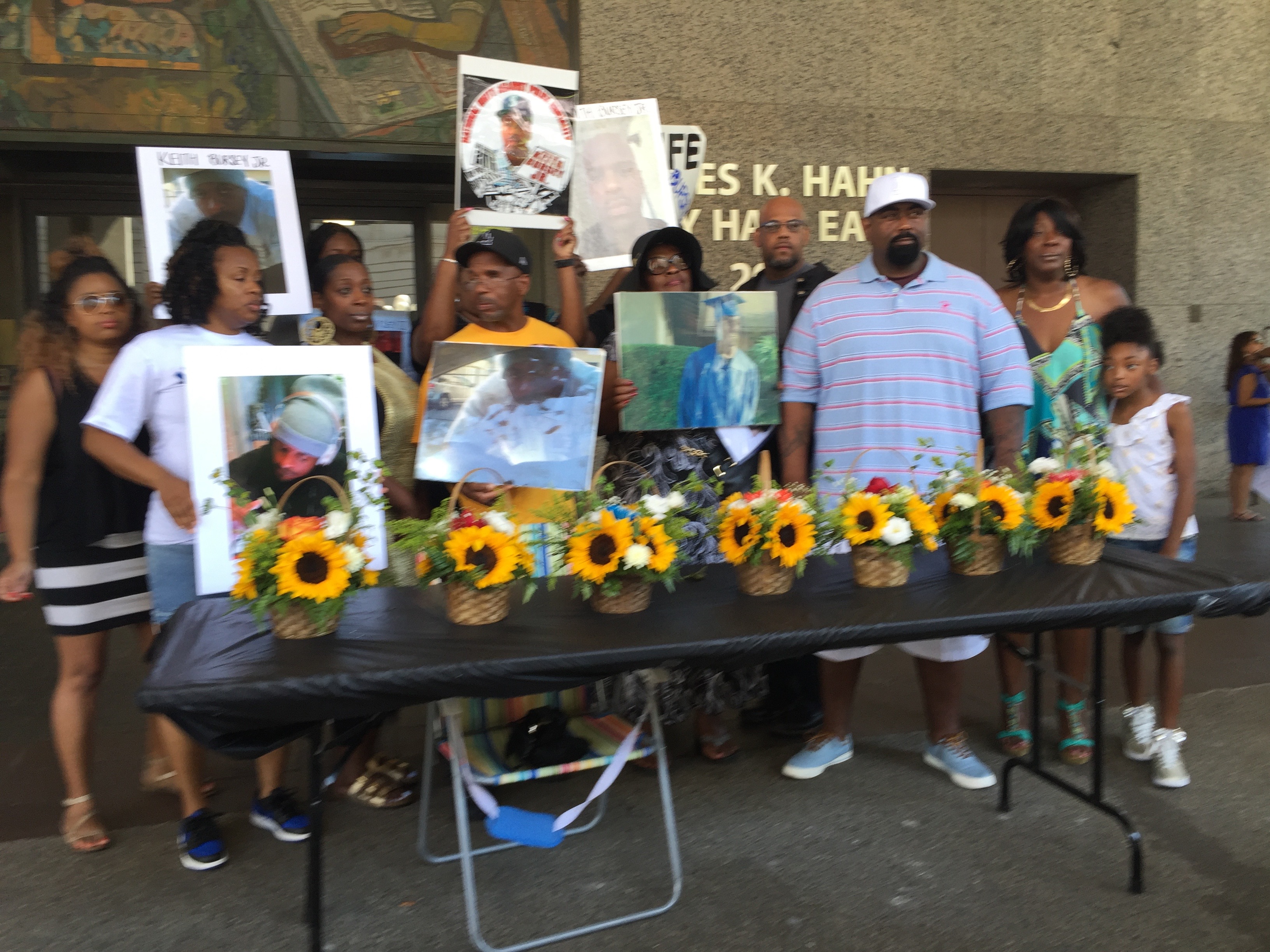